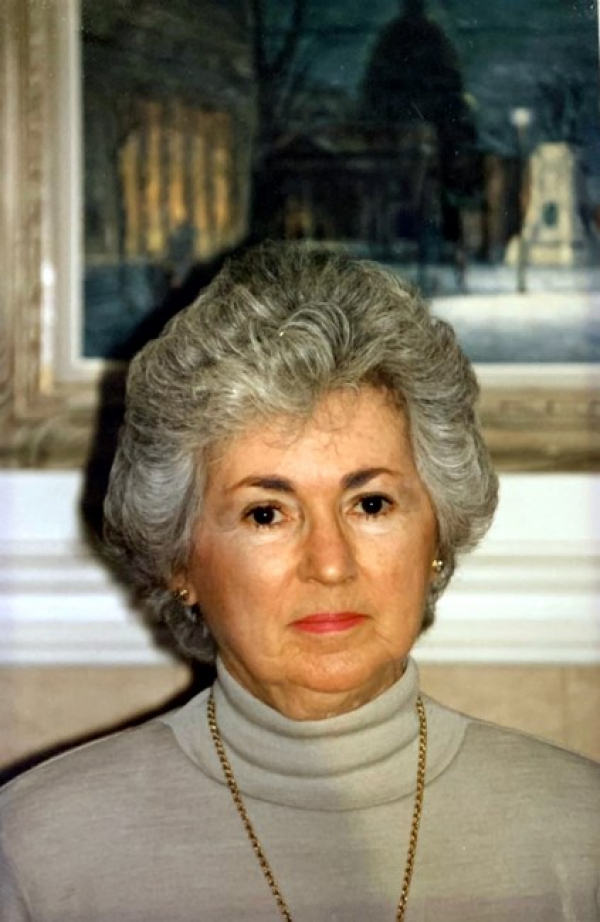 Joseph Lacroix, operated logging operations in Quebec, the Maritimes and US. The family lived in different communities, setting the foundation for Joyce’s lifelong passion for travel and meeting different people.

Joyce graduated as a Registered Nurse, Royal Victoria Hospital, Montreal, in 1953. That year was marked with tragedy when her fiancé, a CRAF pilot, died in a vehicle accident while stationed in Germany. Despite this shocking personal set back, Joyce was determined to move forward with her life - first becoming a Head Flight Attendant; later promoted to Trainer, with TCA (became Air Canada) - Flight Attendants were required to be nurses in that era. Joyce travelled the world, often with her mother Cora.

While visiting one of her favourite destinations, Barbados, a friend introduced Joyce to Dr. Charles (Charlie) Manning. They married in 1968. The couple moved to Mustique in 1975, where Charlie became the Island’s MD and established the medical clinic. Mustique, part of St. Vincent and the Grenadines, attracts royalty and celebrities seeking privacy, sun and beaches - this was an exhilarating experience, meeting fascinating well known people from around the world.

To be closer to family, Joyce and Charlie retired on Saltspring Island, BC, in 1980, then moved to Victoria, BC in 1986. They continued to travel, frequently accompanied by Charlie’s daughter Judy and husband Stephen.

In 2001, Charlie passed away. Ever resilient and resolute, Joyce remained active - contributing as a volunteer and board member with the Victoria General Hospital Auxiliary, Our Place Society and her home strata. Travel remained an important part of Joyce’s life.

A funeral service will be held on Wednesday September 29, 2021 at 2:00pm at First Memorial Funeral Services 4725 Falaise Drive Victoria, BC V8Y 1B4. Burial will take place immediately following at Royal Oak Burial Park.

Special thanks to the care givers from Home Instead and expert staff at Parkwood Court.

In lieu of flowers, you can make a donation to Victoria General Hospital Auxiliary, The Society For The Prevention Of Cruelty To Animals or Our Place Society, Victoria.

Tweet
More in this category: « Local artists create mural at hospital
back to top